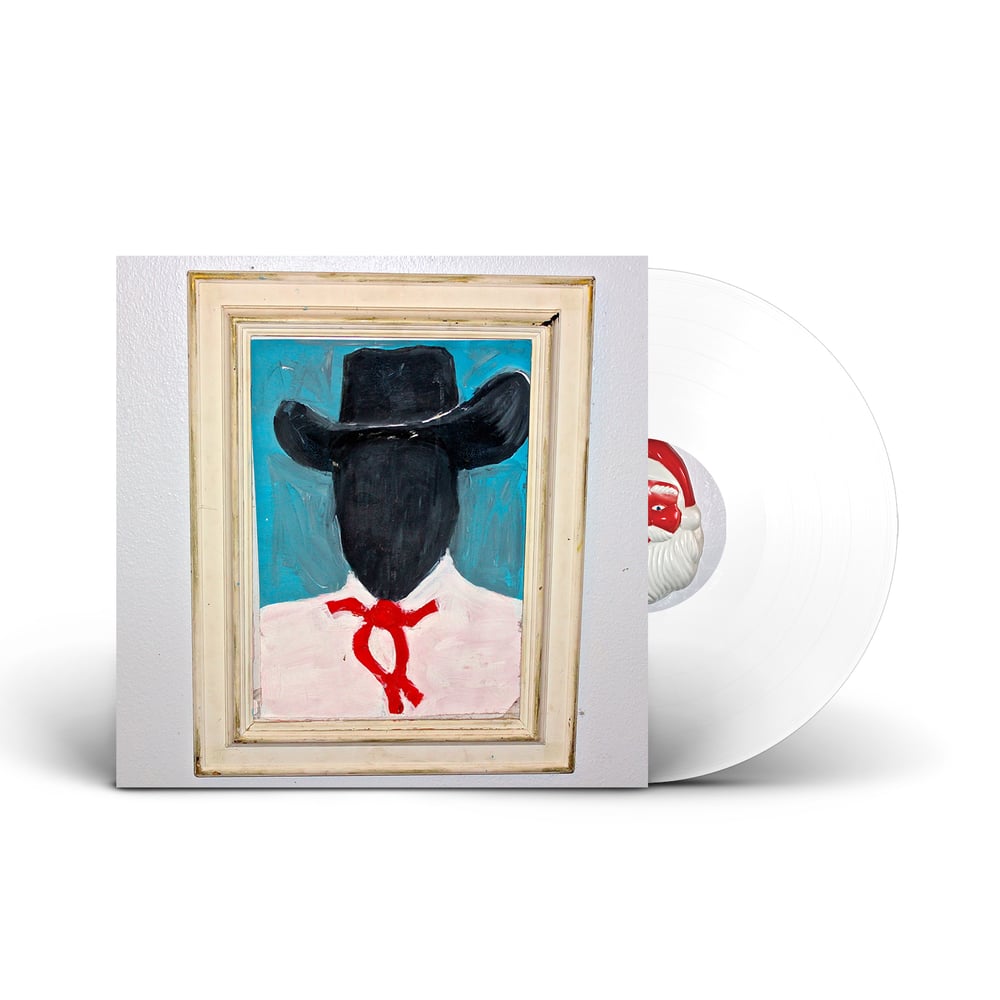 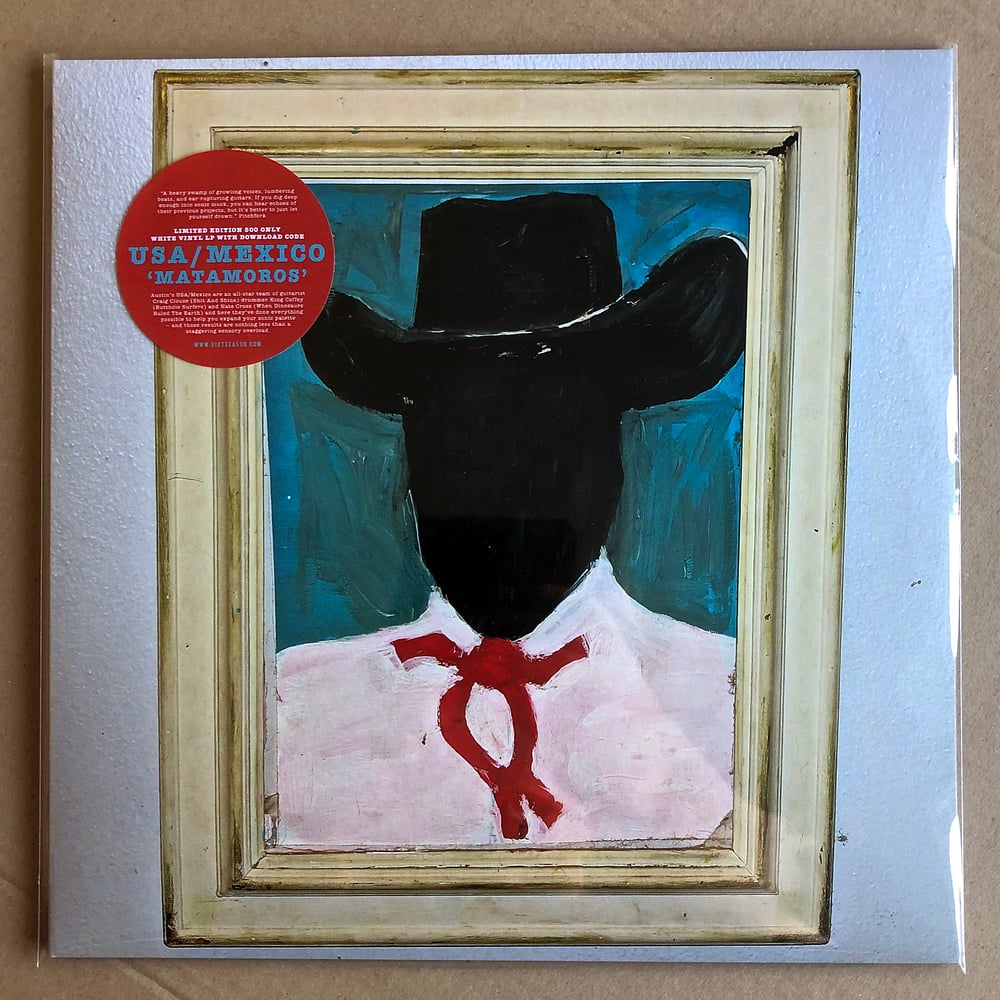 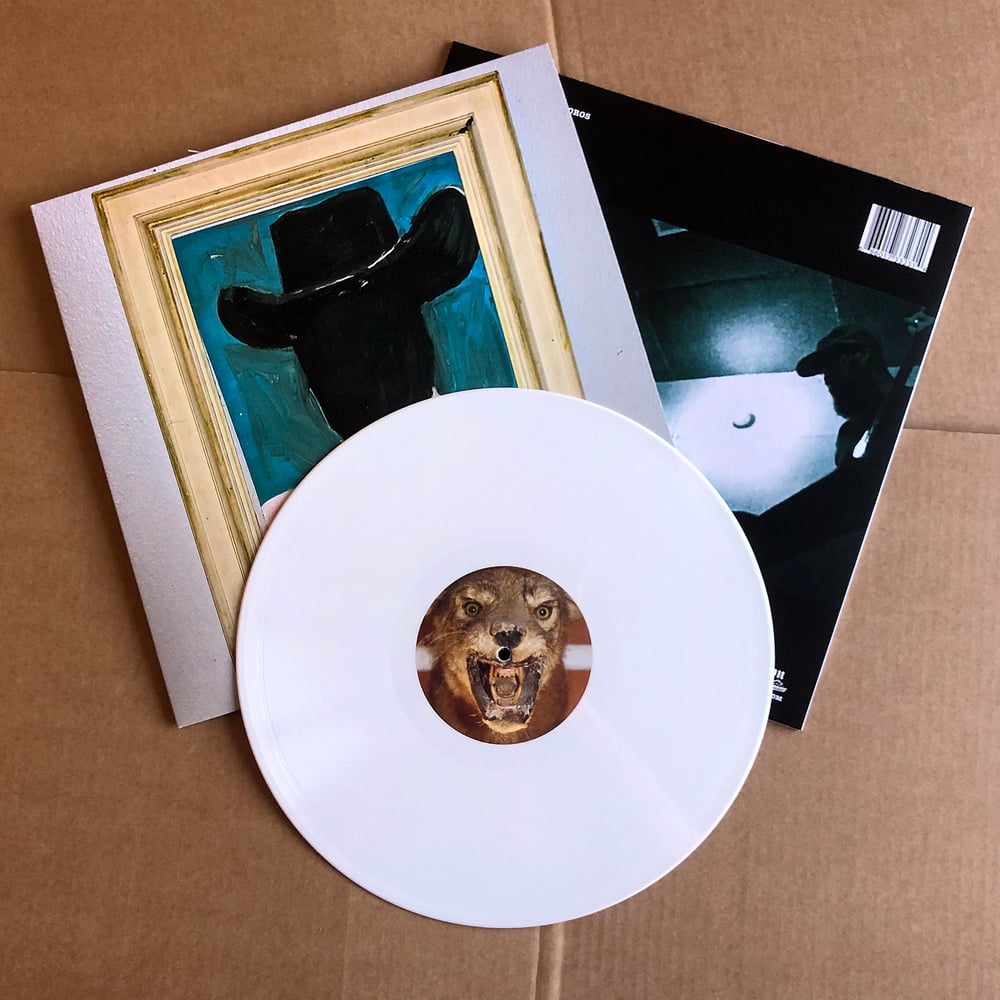 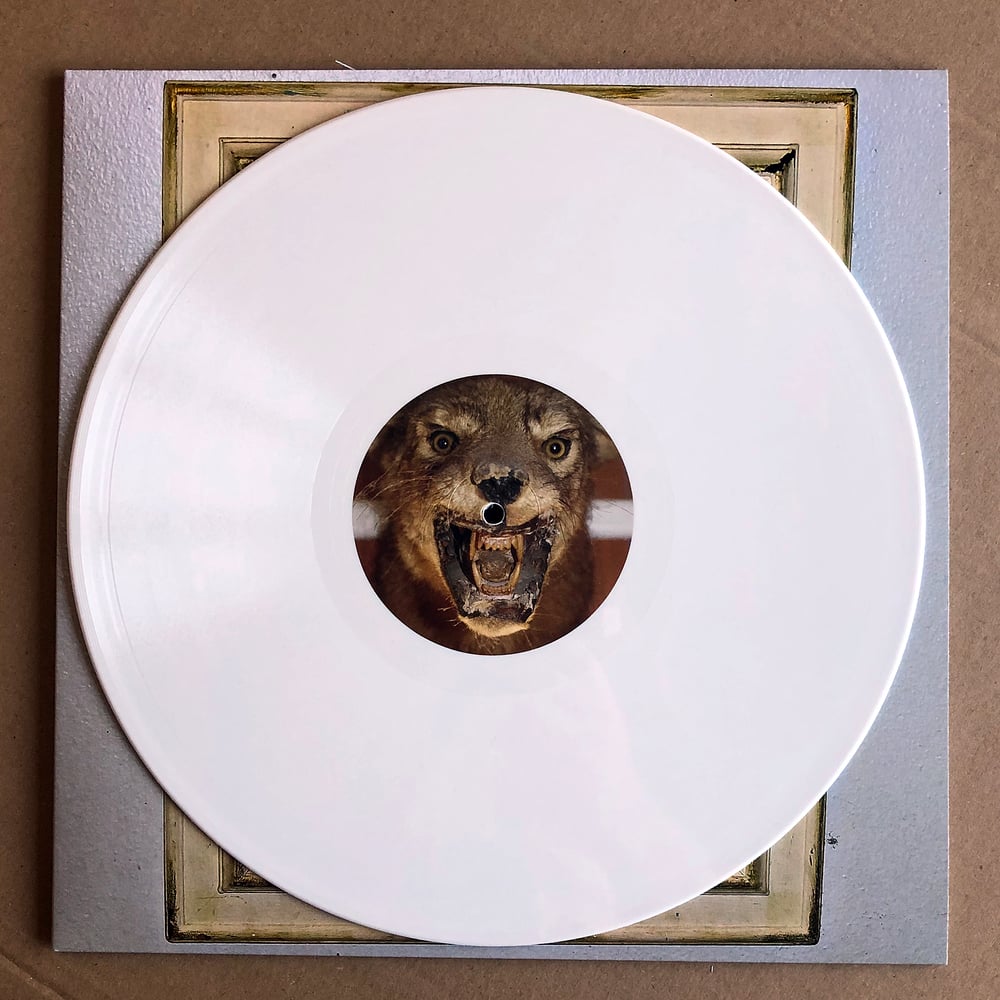 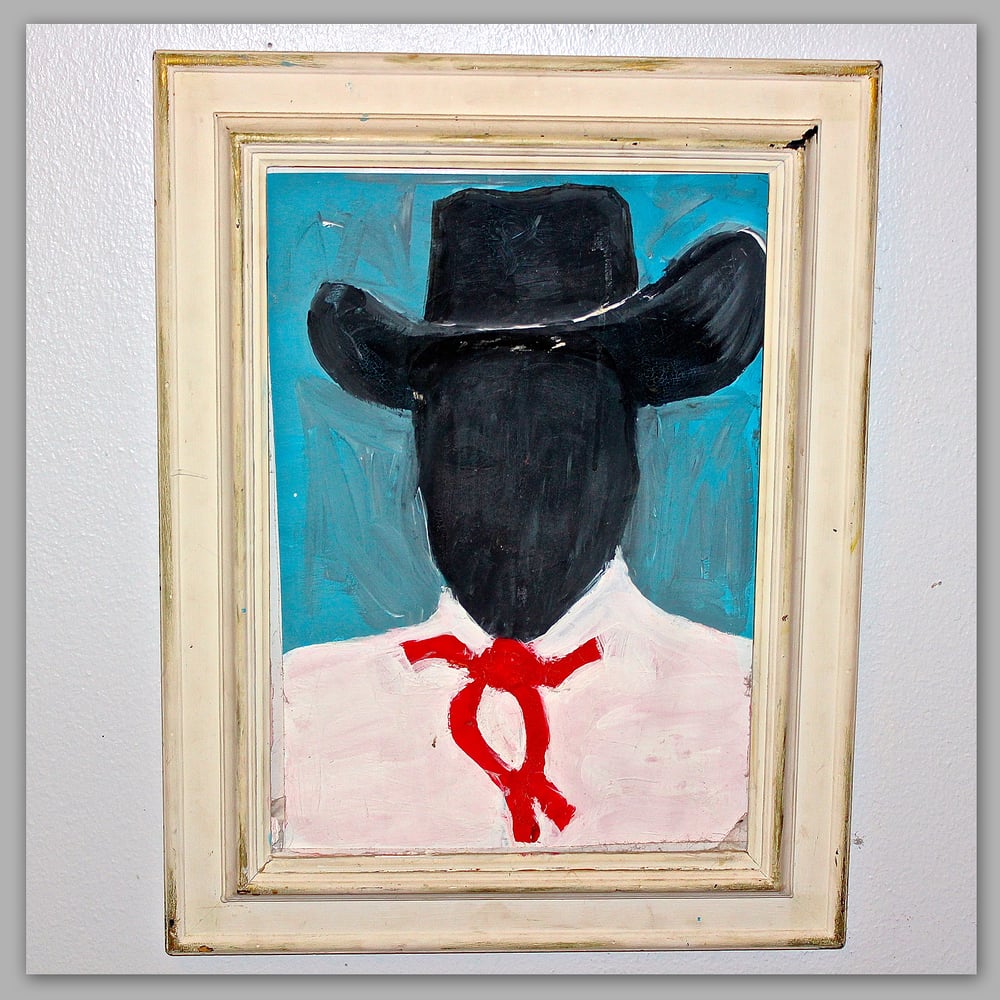 LIMITED EDITION 500 ONLY WHITE VINYL LP HOUSED IN A 350GSM SLEEVE WITH DOWNLOAD CODE. NO REPRESS!

As a young person I frequently heard tales that high-end stereo shops used Pink Floyd’s ‘Dark Side Of The Moon’ as a demonstration disc, in order to fully document the prowess of their impossibly-expensive wares.

I rarely frequented any of these establishments but always took these stories on faith. I’m no audio guru, but it seems to me that someone attempting to do the same thing in 2019 could do a whole lot worse than adopting USA/Mexico’s long-awaited 2nd album, ‘Matamoros’ for similar purposes. The trio’s first album 2017’s ‘Laredo’ might’ve been a worthy candidate for a test-spin in the Bang & Olufsen showroom, but the successor is the sort of record that really makes if you’re the sort of person who can appreciate the BACKES MÜLLER BM 100 loudspeaker (list price $500,000.00 USD)

Once you’re comfortably settled in, you’ll find that the all-star team of guitarist Craig Clouse (Shit & Shine) drummer King Coffey (Butthole Surfers) and Nate Cross (Marriage, When Dinosaurs Ruled The Earth) have done everything possible to help you expand your sonic palette — some might say they’ve even done too much! Either way, these guys are as unselfish as they are loud. Or perhaps they’re as selfish as they’re quiet — i do hope you’ll agree their motives are less important than the results, and in this instance, those results are nothing less than a staggering sensory overload.

George Dishner (Spray Paint) and Kevin Whitley (Cherubs — on a rendition of his band’s “Shoofly”, as previously heard on 1992’s ‘Icing’) make cameos. The entire affair was engineered by budding genius Ian Runndell (he of every other great record recorded in Austin) and is available via the 12XU and Riot Season record labels in North American and UK/Europe respectively.

“One is bludgeoned into the proverbial submission via the Coffey-Cross doomsday rhythm machine; imagine an early Hawkwind album, stripped of its high-end sonics and the low end ones being slowed to 16rpm, plus Clouse’s Cookie Monster vocals with all the cookies’ sweeteners removed and replaced by arsenic prior to baking.” Fred Mills, Blurt

“Gloriously molten sludge-punk; it’s heavy as hell, just the right amount of dumb, and injects its own personality in each tune…have faith in our youth to surpass the sonic brutality of my musical generation, but I’m wondering if anyone alive today can surpass the elder statesmen of USA/Mexico.” Matt Korvette, Yellow Green Red

“A heavy swamp of growling voices, lumbering beats, and ear-rupturing guitars. If you dig deep enough into sonic muck, you can hear echoes of their previous projects, but it’s better to just let yourself drown.” Marc Masters, Pitchfork

“An acrid potpourri of experimental noise variations — throws open the doors of creativity and smashes everything in sight.” Kevin Curtin, Austin Chronicle