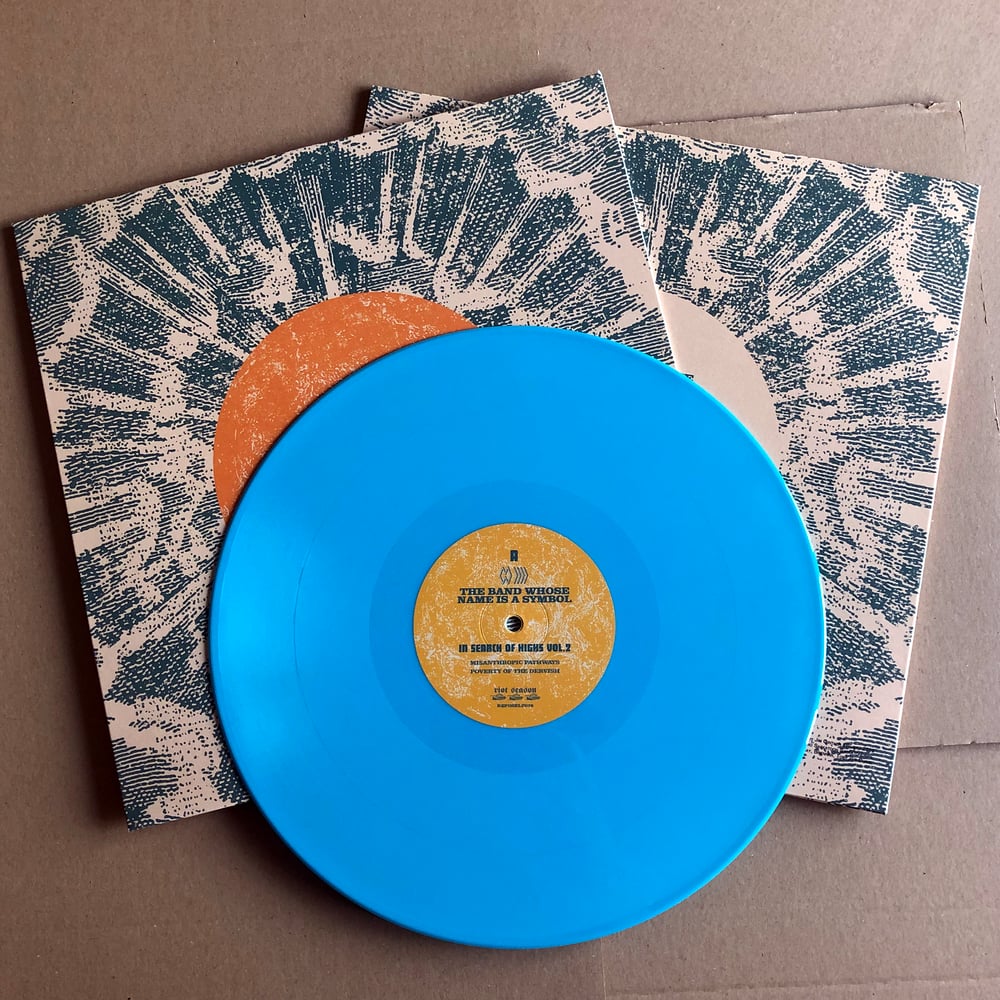 Canada is a huge country, with very few people. Vast distances between many cities often make it tough for like minded individuals to get together very often.

Over the past few years, despite being physically separated by 2931 km (31 hours drive), Ottawa, Ontario’s The Band Whose Name Is A Symbol and Saskatoon, Saskatchewan’s Shooting Guns have been forming a working bond. Becoming not only friends, but also fans of one another’s groups in the process, this current pairing is no accident. Both outfits are based on the art of improvisation and both are prolific. Each band boast extensive back catalogues of recorded and released material.

All are super thrilled to be involved with one of the great DIY labels in England’s Black Country .. Riot Season Records.

These sessions you will hear on Volume 2 of “In Search Of Highs” are a wild heavy trip indeed. TBWNIS and Shooting Guns have really cranked it up for all to experience the sounds of “the great white north” as that’s what they LOVE to do … it also helps them keep warm in the winter!