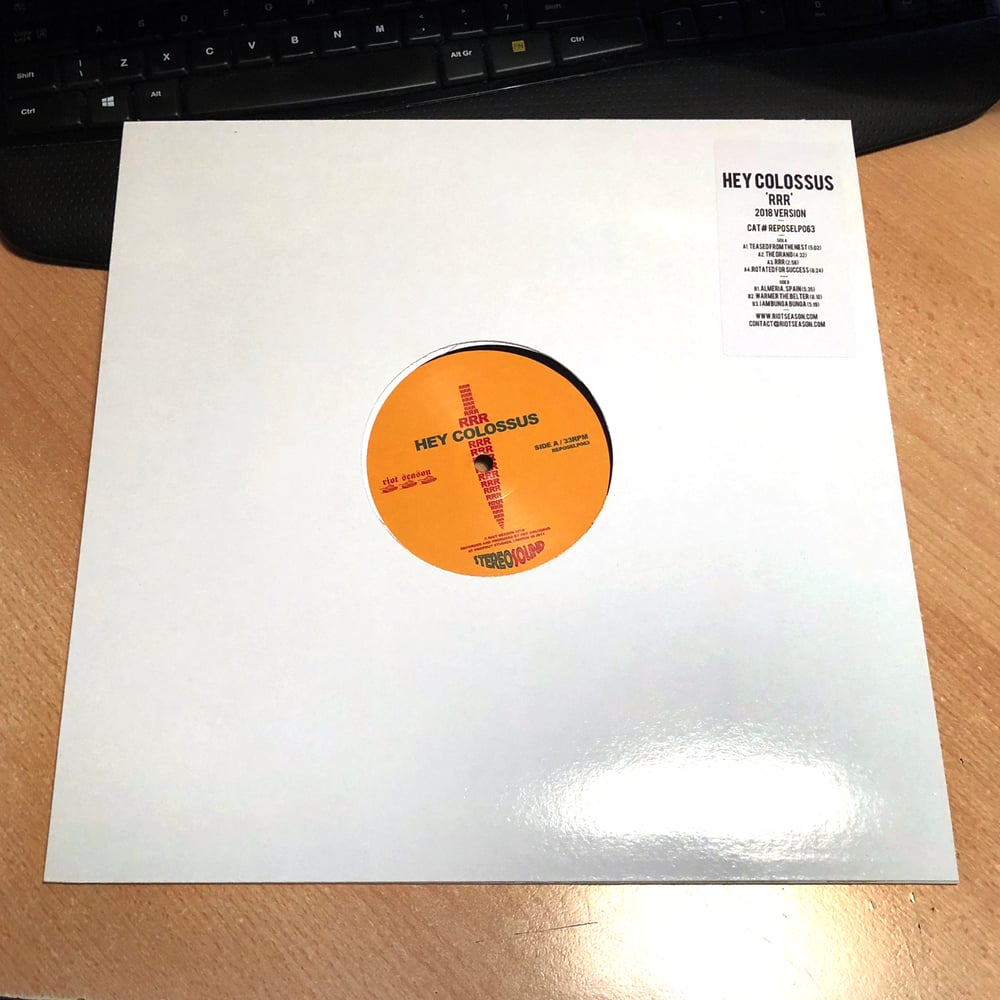 I'VE SOMEHOW ENDED UP WITH 20 LEFTOVER COPIES OF LP1 ('RRR') SO RATHER THAN BIN EM I'LL OFFER THEM UP HERE. PLEASE NOTE : THIS IS LP1 OF THE NEW 2LP SET ONLY. IT DOES NOT INCLUDE THE BONUS LP OR SLEEVE. THIS COMES IN A WHITE CARD DISCO BAG