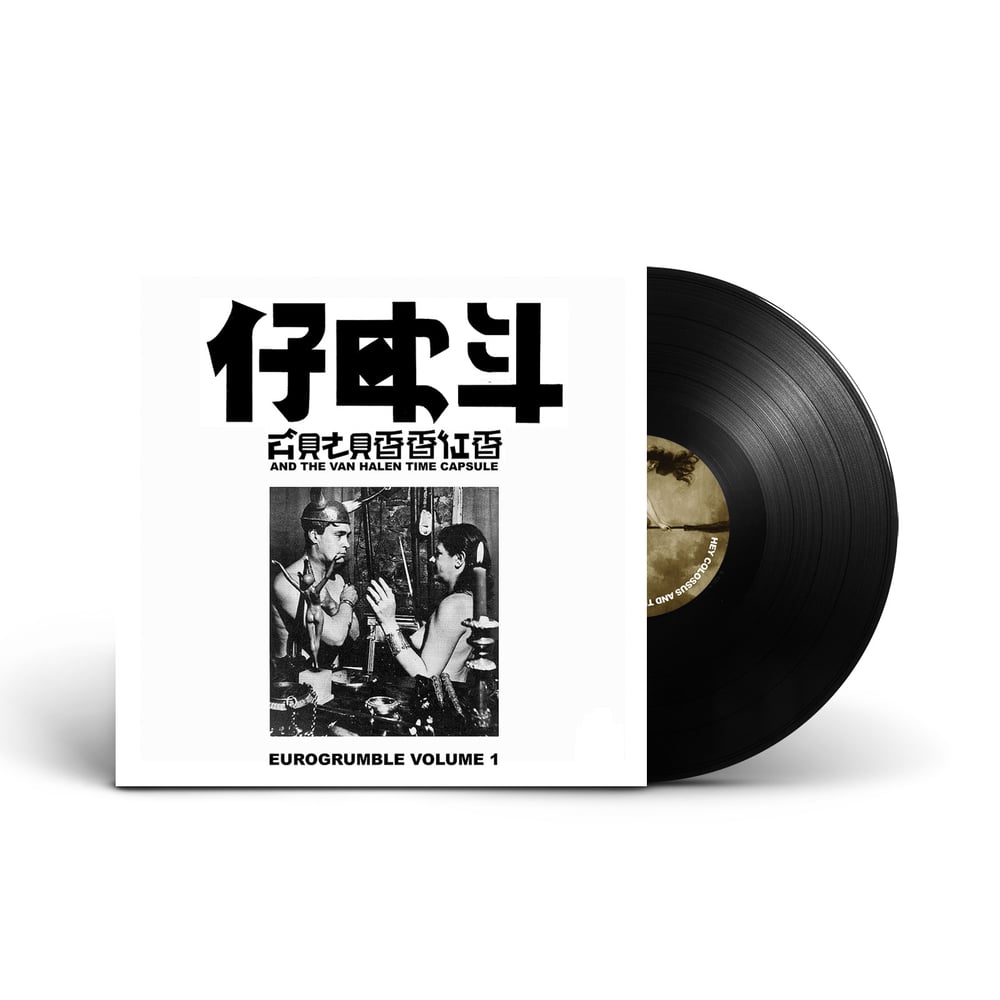 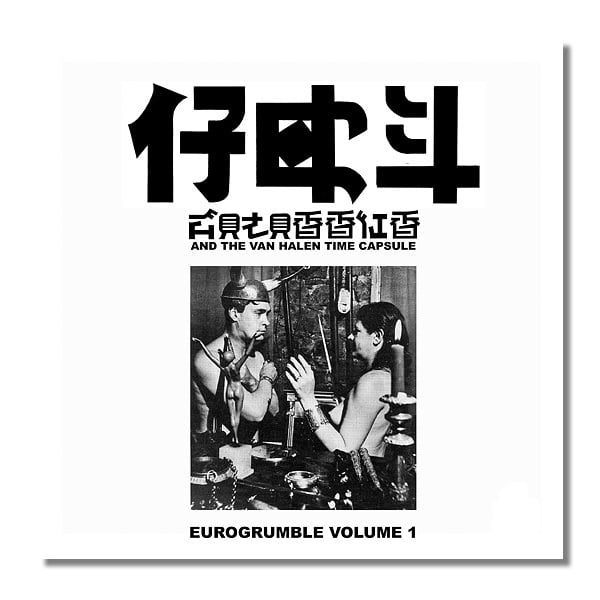 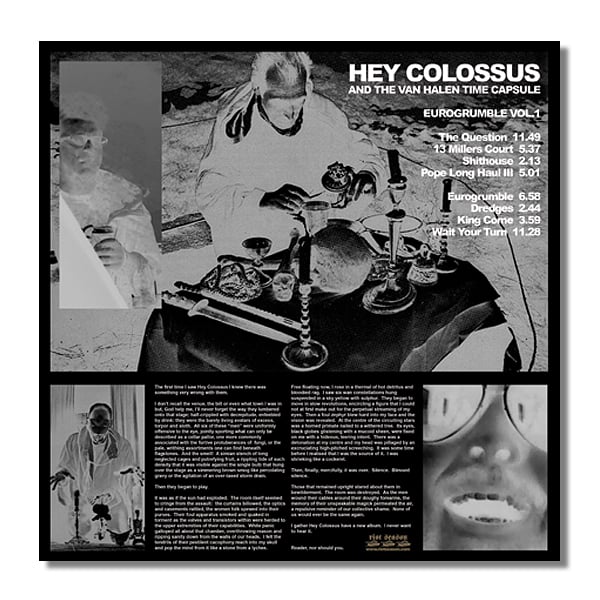 Fifth album and a new six man line up. 12" black vinyl only, the way it should be. Almost seven years of flying under the radar doesn't seem to of bothered these stubborn souls. Back they roll with their second album on Riot Season. 'Happy Birthday', released August last year, plundered a top 30 spot in the Rock-a-rolla end of year charts, in fact it caused quite a stench wherever it was heard. "Channelling the no frills riffage of Black Flag and Melvins before drowning it under a sea of distorted feedback" said the heavy metal magazine Kerrang. "'Intense' is an overused description, but Hey Colossus deserve it. Utterly." wittered the doomed indie mag Plan B.

Now with the addition of the Van Halen Time Capsule they've set their sites on the lights. The majick and jam of Germany in the 70's, and all things dingy, claustrophobic and killer from Whitehouse to The Heads. Recorded in their South London home, Dropout, the sludge and stink of previous efforts still prevails. Ooze ridden basement tapes created under a fug of the most suspicious odour, add in some swamp doom and it begins to fall into place. This fella is a melting pot of libellous ideas and ludicrous intentions.

The Question bubbles away for 3-4 minutes, 4 guitars weaving, 3 banjo's jizzing, 2 voices crumbling and a band trying to work it all out. Eventually his master's voice comes in. Like a failed preacher he passes over the information. It all falls into place. The album, this time piece, continues in the same vein over both sides. When it crushes it does so with no protest. When it rocks, it does it with Kraut stylings. When it's metal it is with no doubt. The more you listen the more you hear. Incantations from the other side keep drifting at you. It's more than it is. The last song, Wait Your Turn, spends a while ploughing a one killer riff furrow, before falling off the cliff into a clangathon that will peel the sclera from your eyes.

Be alone. Turn the lights out. Blaze one up. Crank it.

Wrapped in a sleeve depicting Masonic images taken during the recordings, liner notes from Loess Cos Yuh, the Spanish leading light on all things dark, this 12" is what it's all about.