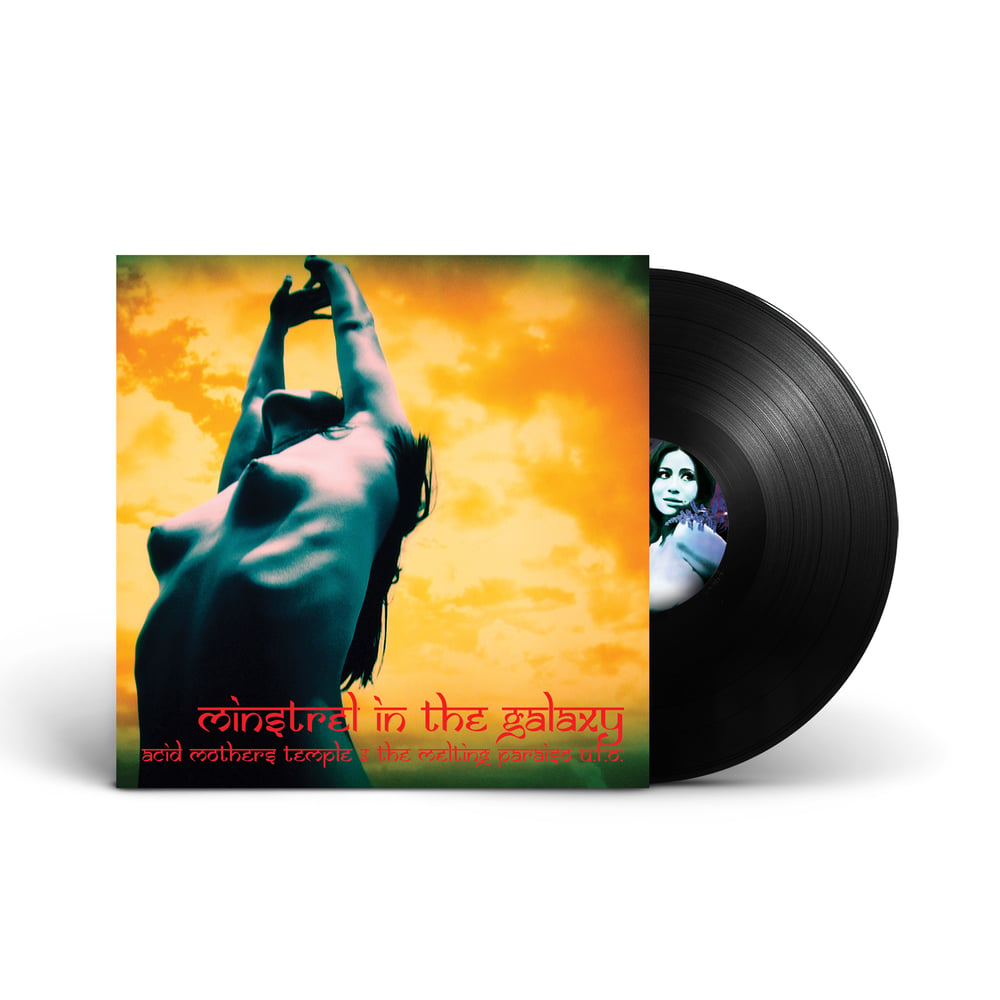 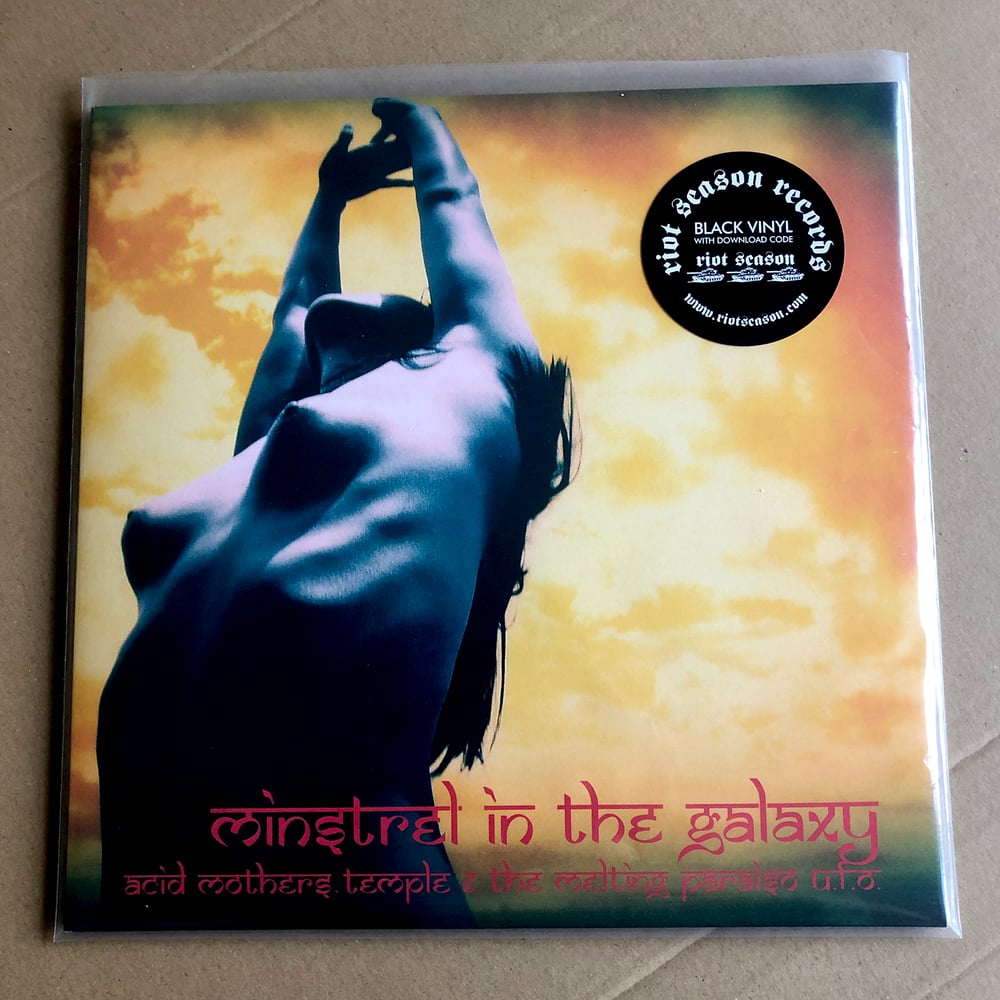 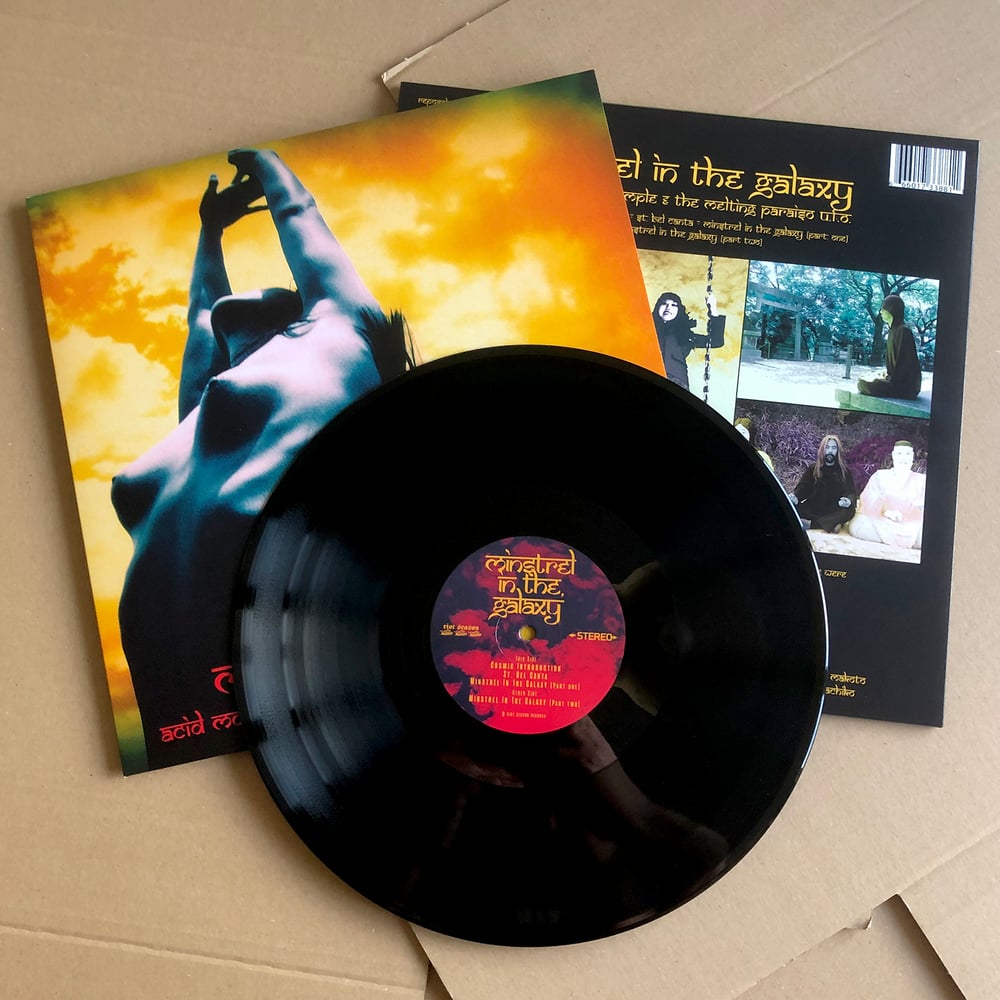 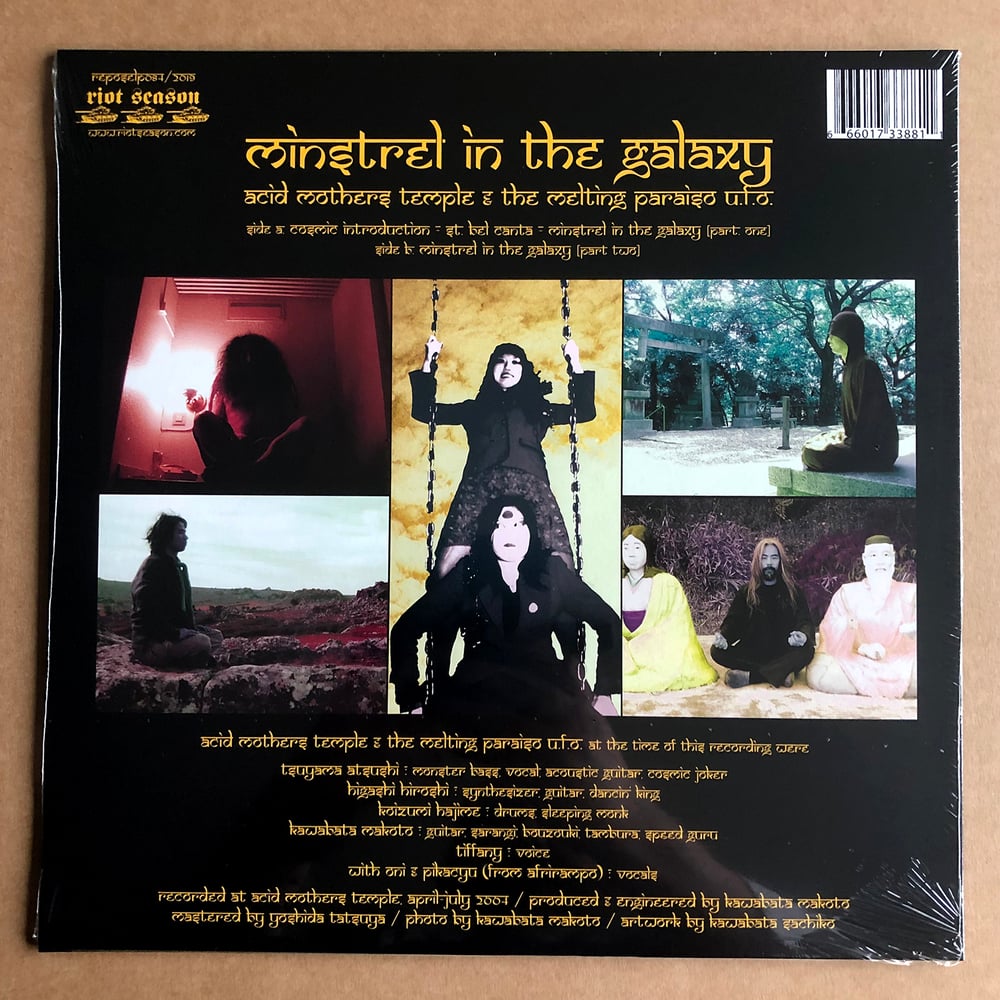 Way back in 2004, ACID MOTHERS TEMPLE & THE MELTING PARAISO U.F.O. released the CD only album 'Minstrel In The Galaxy' on Riot Season Records. The decision to make it CD only at the time was down to the epic title track being almost 42 minutes in length. Fast forward fifteen years and new technologies and we have the first ever vinyl release of this classic album, with a new edited especially for vinyl mix by main man Makoto Kawabata.