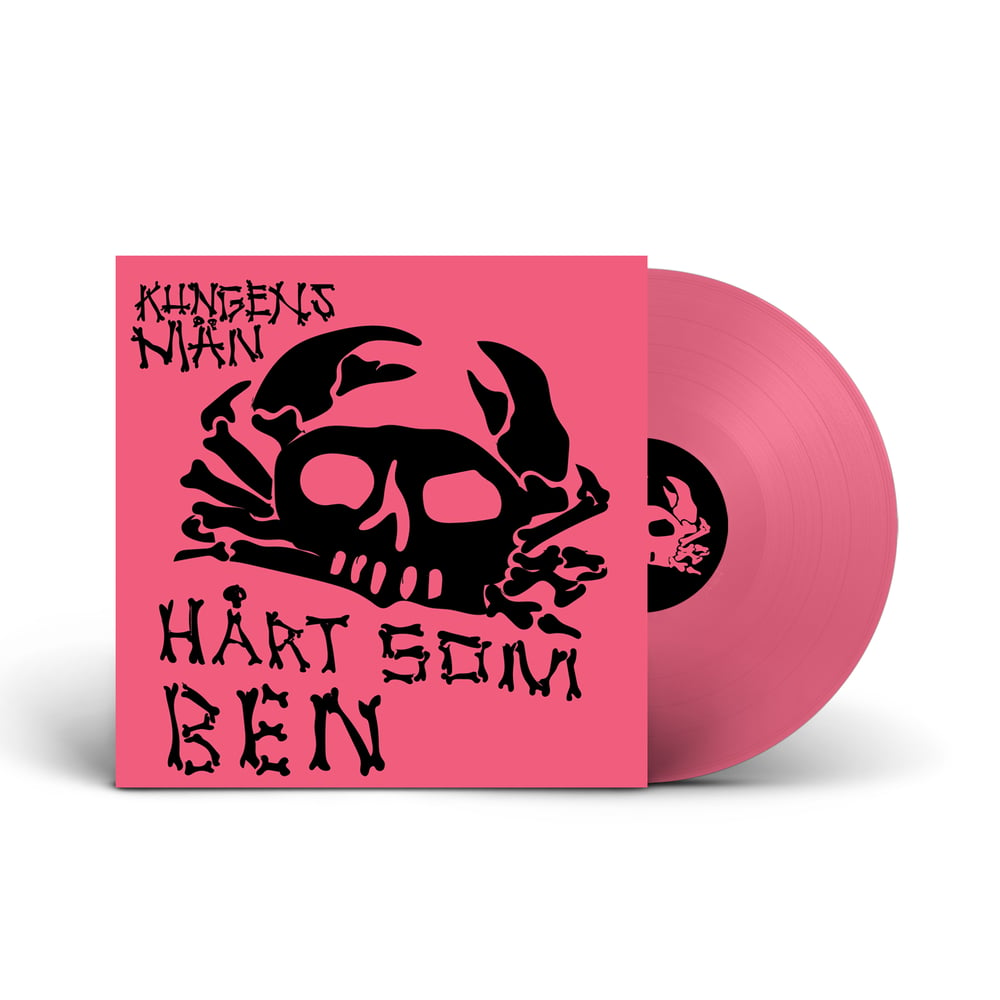 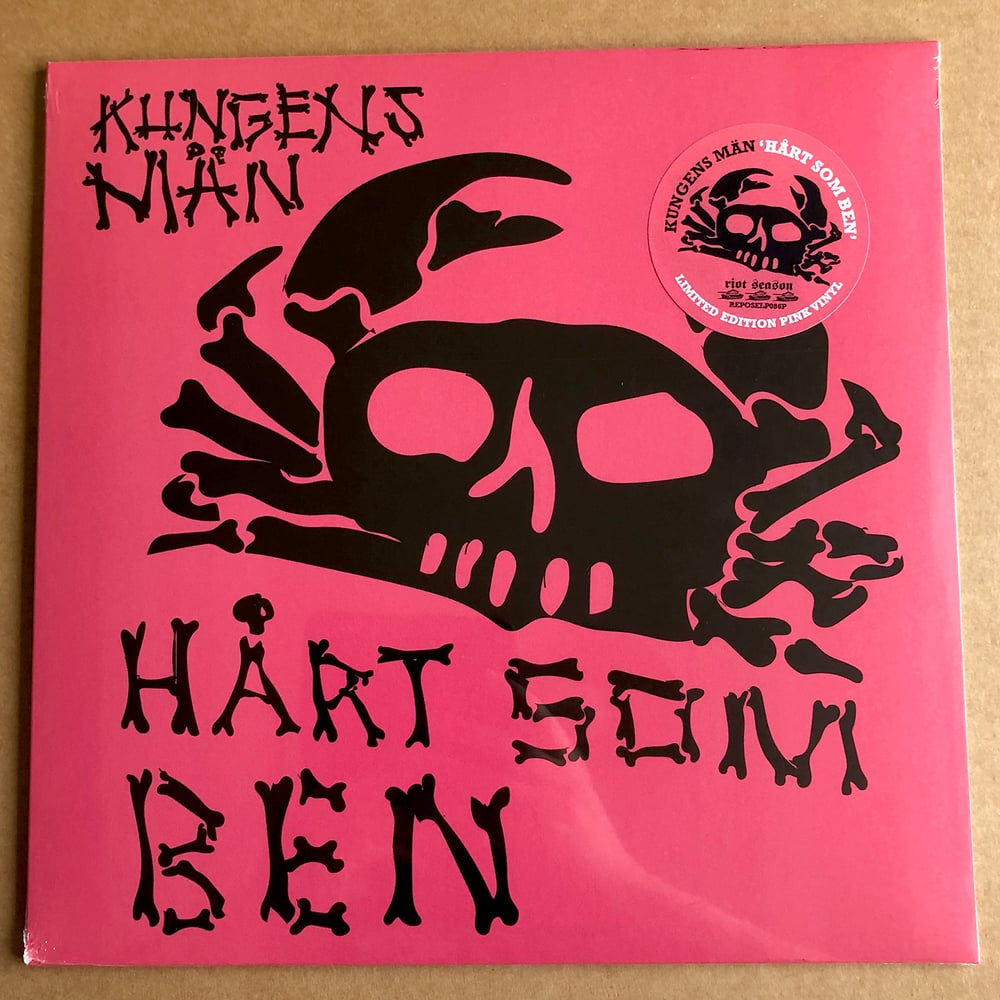 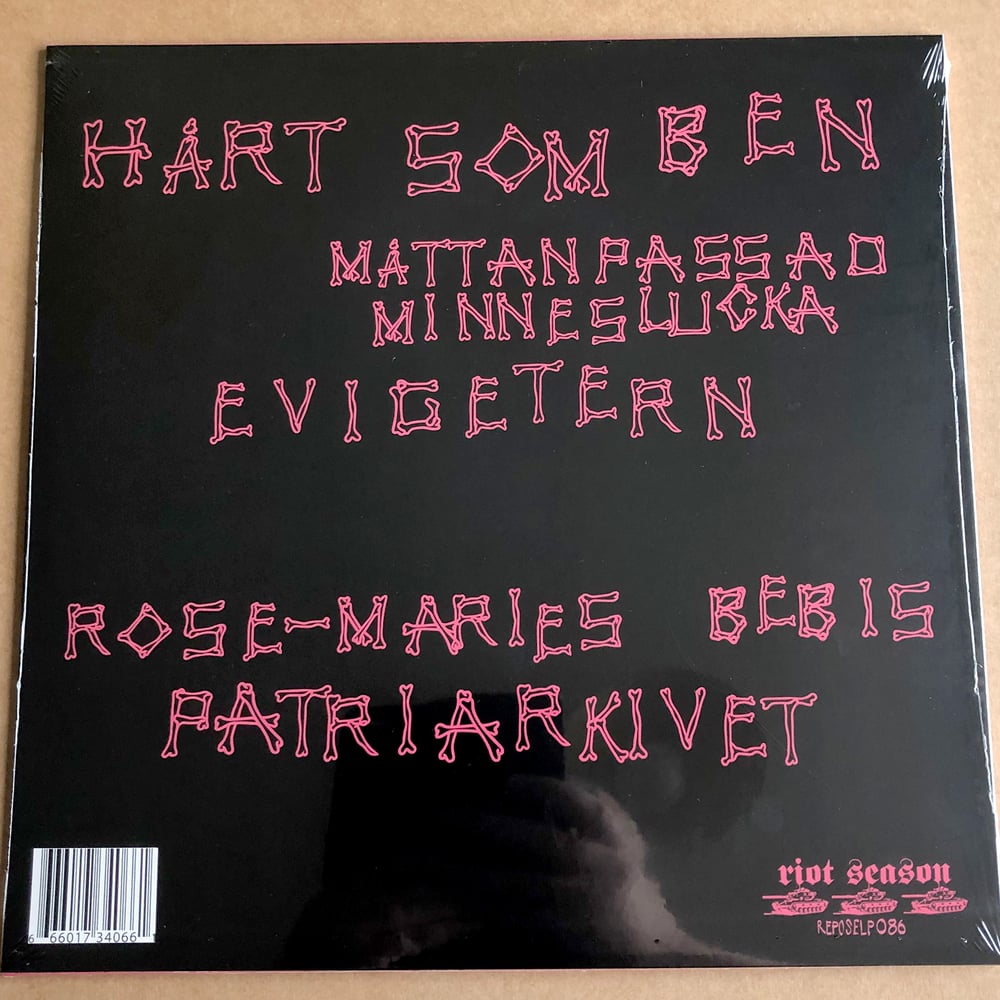 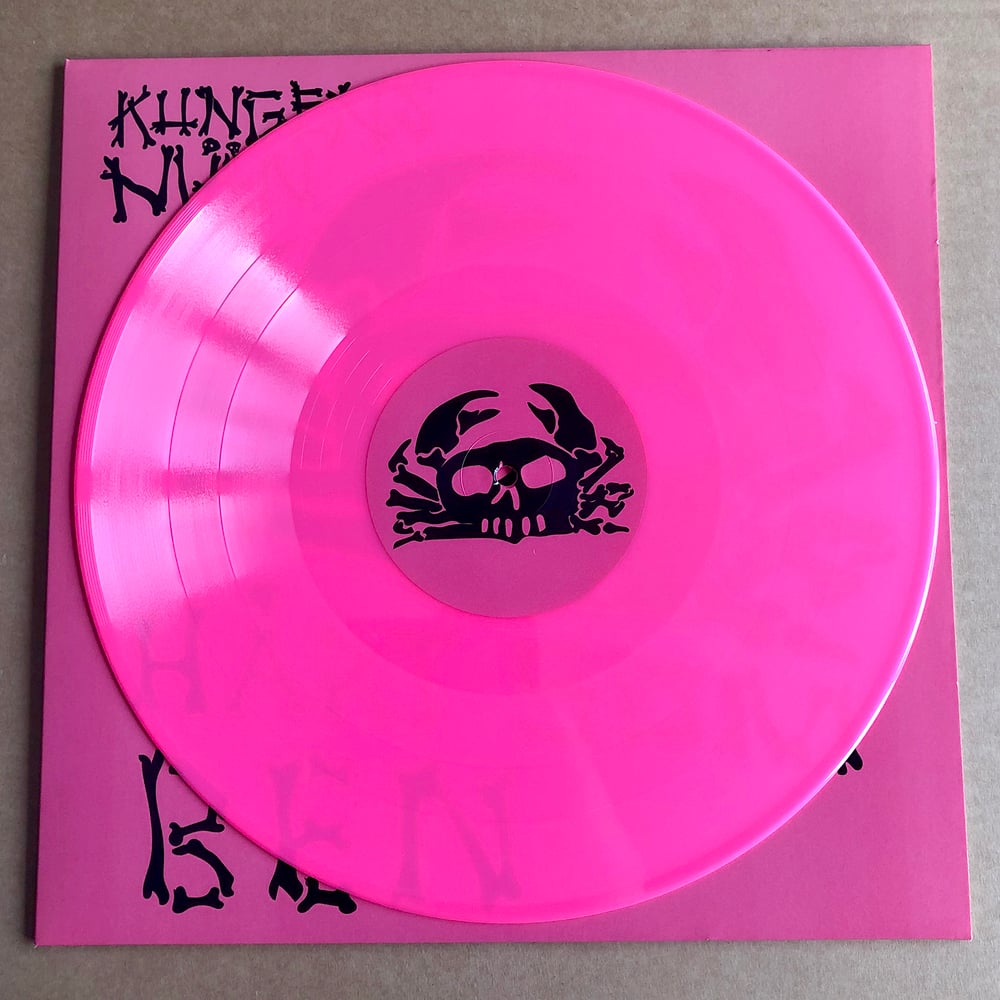 PINK VINYL VERSION, WITH MATCHING PINK SLEEVE. BOTH VINYL VERSIONS ARE LIMITED TO THE SAME AMOUNT AND PRICED EXACTLY THE SAME. BOTH HAVE A PRINTED COLOUR INNER SLEEVE. PLEASE NOTE, DUE TO THE NATURE OF THE THIN PAPER USED FOR PRINTED INNER SLEEVES, THERE IS ALWAYS A CHANCE THEY WILL GET SEAM SPLITS IN TRANSIT. THERE IS NO WAY TO AVOID THIS UNFORTUNATELY

Kungens Män hail from Stockholm, Sweden and have been around as a musical unit since 2012. Their inspiration comes from the drone, the rattle of the loose screw, the circuit failure of the effects, the phatness of the moog and from the very diverse wiring of a bunch of middle aged Swedish freaks. Kungens Män never plan the next musical move - it presents itself.

Nine months after their acclaimed album 'Chef' (also released on Riot Season) the band return with 'Hårt Som Ben’, a stunning follow up with a debut UK tour to coincide.

Echoes And Dust on ‘Chef’: “From pure psychedelic freak out, to exploratory ramblings, and all imbued with a sense of communal priority to create together a work of immense intelligence, Chef is an album which begs for continued listens and deep immersion. That it is so accessible too, makes that genius shine through even more so. Superb.”

At the end of May 2019 Kungens Män packed a couple of cars full of instruments and life supporting essentials and drove into the woods of Värmland to spend three days in the legendary Silence Studio. It has hosted recordings by bands and musicians like Bo Hansson, Motorpsycho, The Hellacopters, Bob Hund and Union Carbide Productions, the presence felt and seen all over the place.

In between watching VHS tapes with Twin Peaks, Miles Davis and Roskilde Festival 92, cooking pasta, sleeping in bunk beds, Bruce Bannering shirts and chilling in the sun, Kungens Män managed to record about 13 hours of music. Some of it will never reach your ears, but here’s the first slab made public – Hårt som ben – Hard As Bone. Not very hard, that is.

Make sure you don’t miss Kungens Män on their upcoming UK tour: