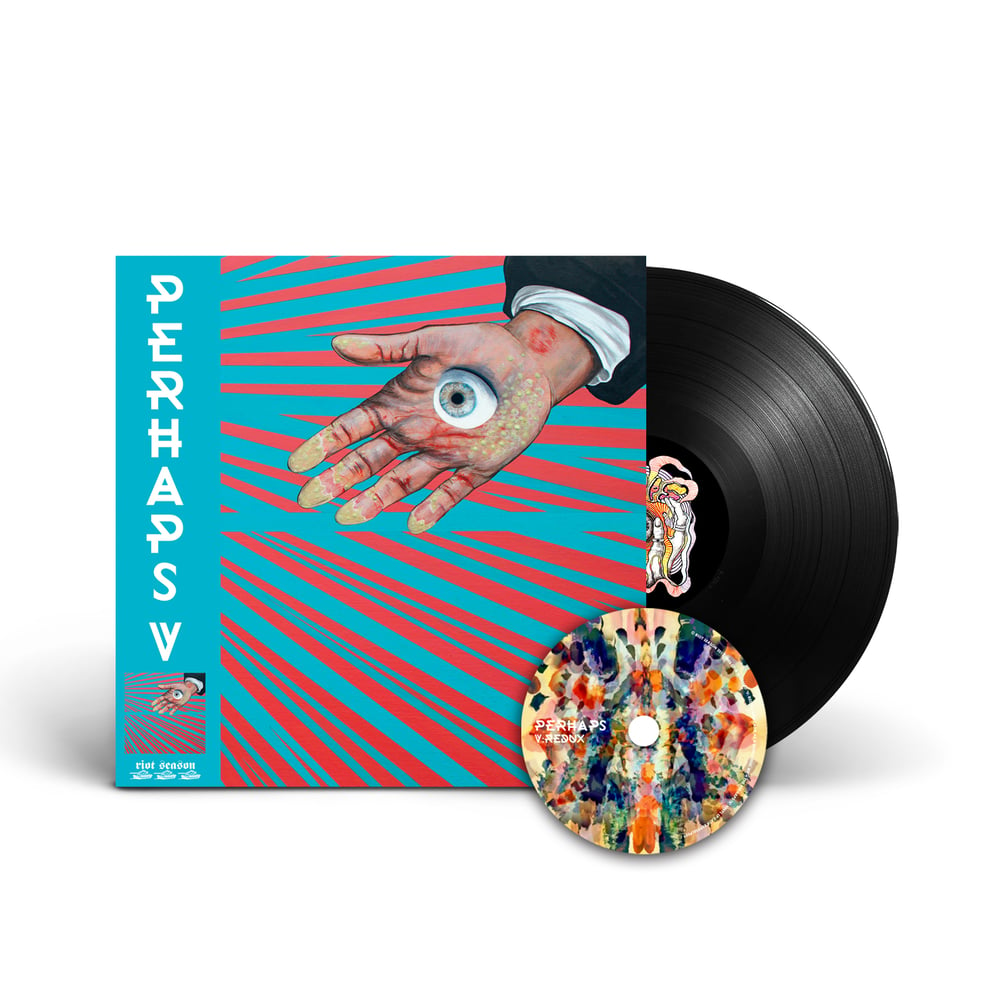 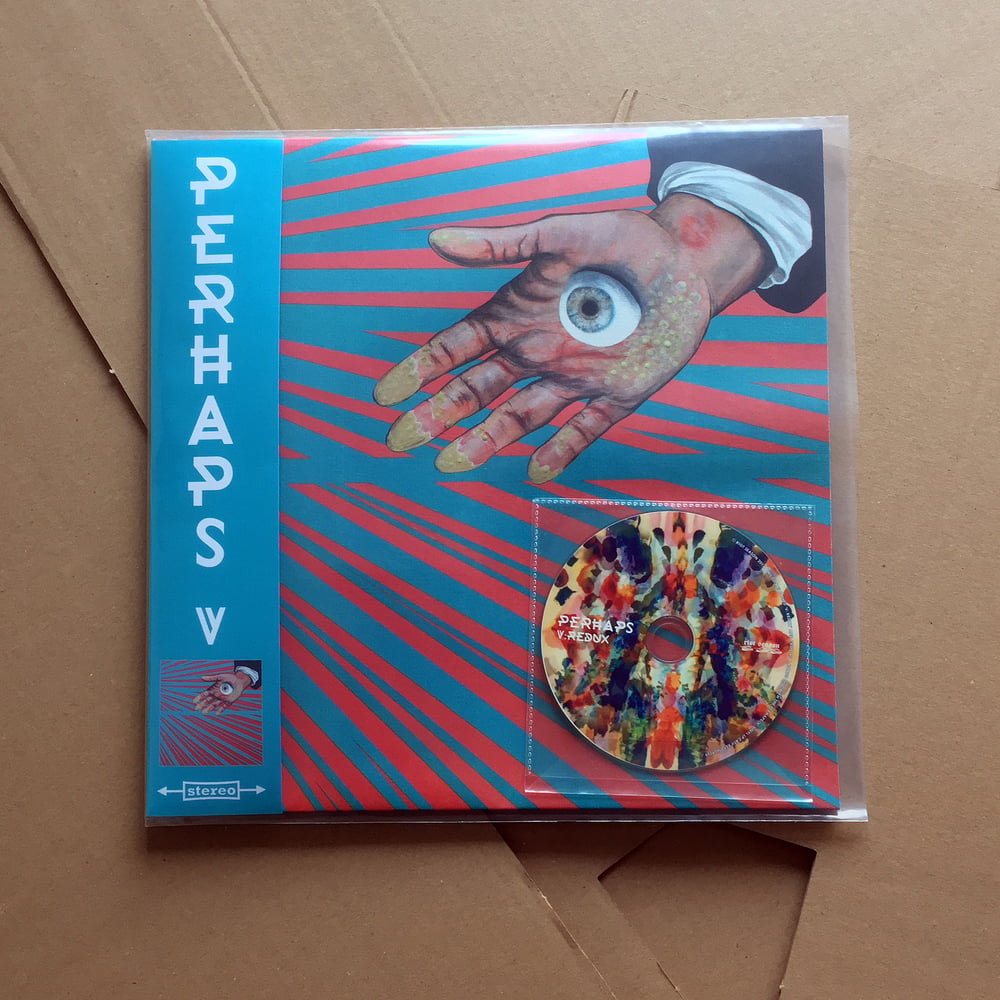 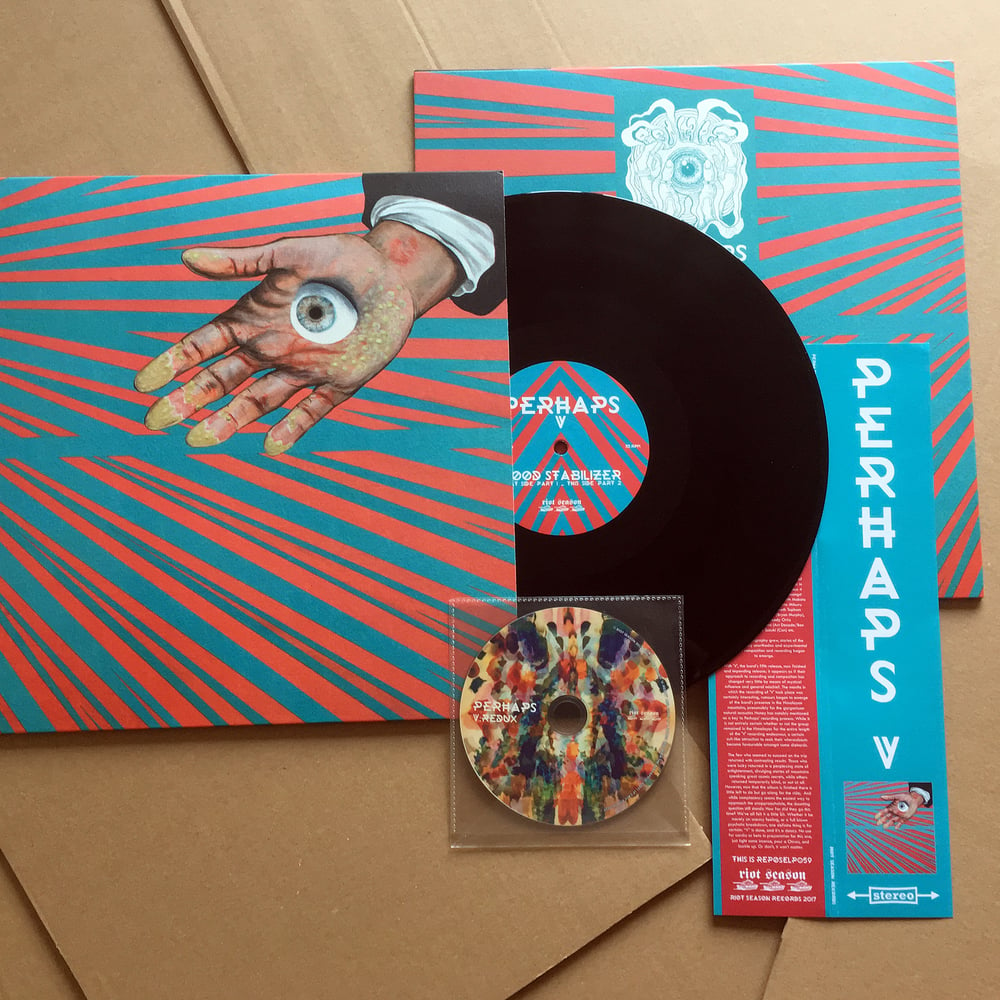 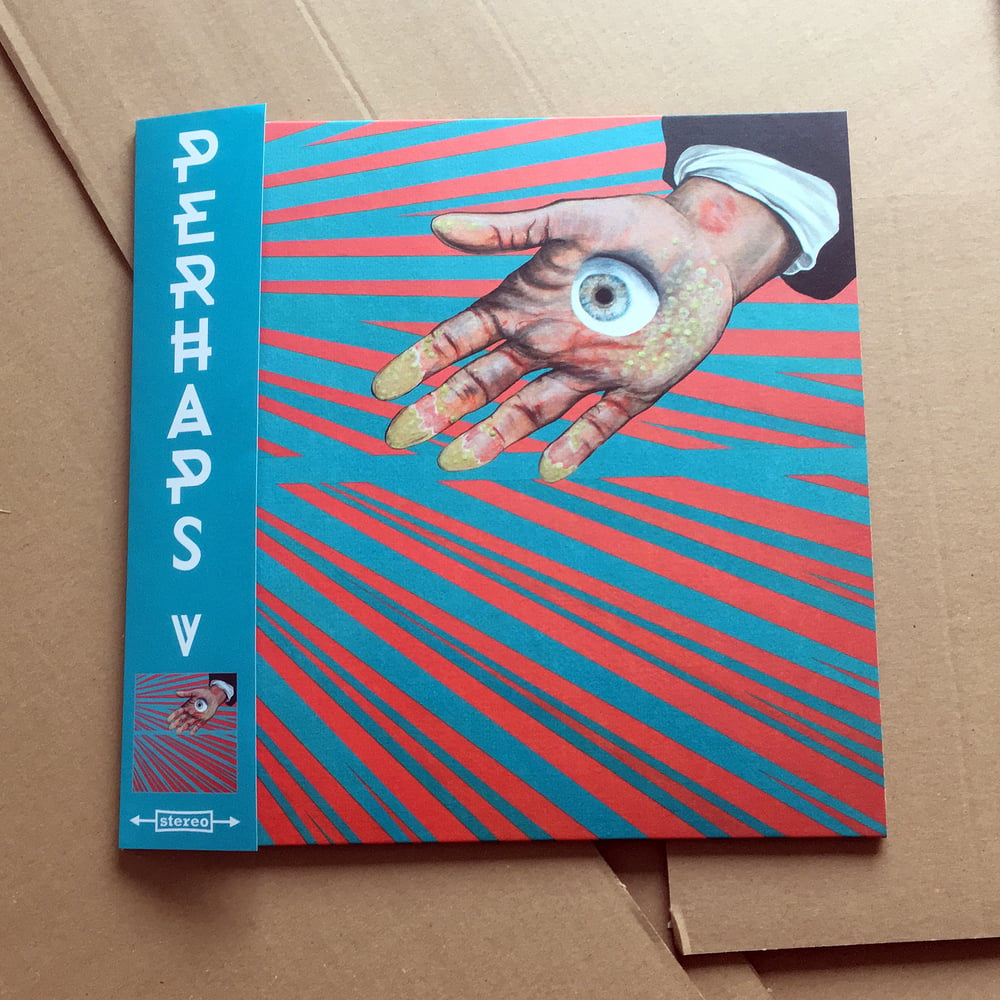 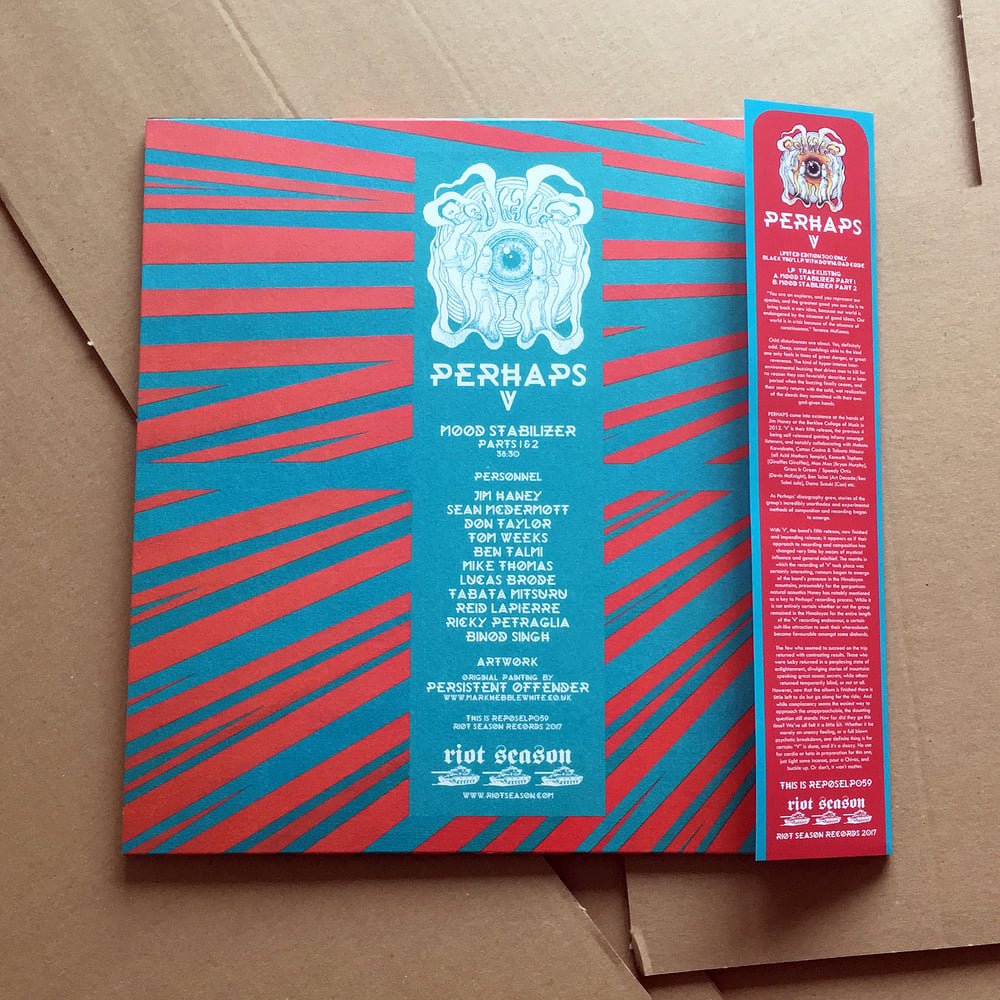 This edition comes with a bonus CD-R 'V:Redux' featuring a completely different/re-imagining of the album. 75 copies only split between here and the label Bandcamp site. This first pressing also comes with a fold around style OBI strip as per the Hibushibire yellow vinyl repress

“You are an explorer, and you represent our species, and the greatest good you can do is to bring back a new idea, because our world is endangered by the absence of good ideas. Our world is in crisis because of the absence of consciousness.”
Terence McKenna

Odd disturbances are about. Yes, definitely odd. Deep, carnal rumblings akin to the kind one only feels in times of great danger, or great reverence. The kind of hyper-intense inter-environmental buzzing that drives men to kill for no reason they can feverishly describe at a later period when the buzzing finally ceases, and their sanity returns with the cold, wet realization of the deeds they committed with their own god-given hands.

As Perhaps’ discography grew, stories of the group’s incredibly unorthodox and experimental methods of composition and recording began to emerge.

With 'V', the band’s fifth release, now finished and impending release; it appears as if their approach to recording and composition has changed very little by means of mystical influence and general mischief. The months in which the recording of 'V' took place was certainly interesting, rumours began to emerge of the band’s presence in the Himalayan mountains, presumably for the gargantuan natural acoustics Haney has notably mentioned as a key to Perhaps’ recording process. While it is not entirely certain whether or not the group remained in the Himalayas for the entire length of the 'V' recording endeavour, a certain cult-like attraction to seek their whereabouts became favourable amongst some diehards.

The few who seemed to succeed on the trip returned with contrasting results. Those who were lucky returned in a perplexing state of enlightenment, divulging stories of mountains speaking great cosmic secrets, while others returned temporarily blind, or not at all. However, now that the album is finished there is little left to do but go along for the ride; And while complacency seems the easiest way to approach the unapproachable, the daunting question still stands: How far did they go this time? We’ve all felt it a little bit. Whether it be merely an uneasy feeling, or a full blown psychotic breakdown, one definite thing is for certain: “V” is done, and it’s a doozy. No use for cardio or keto in preparation for this one, just light some incense, pour a Chivas, and buckle up. Or don’t, it won’t matter.