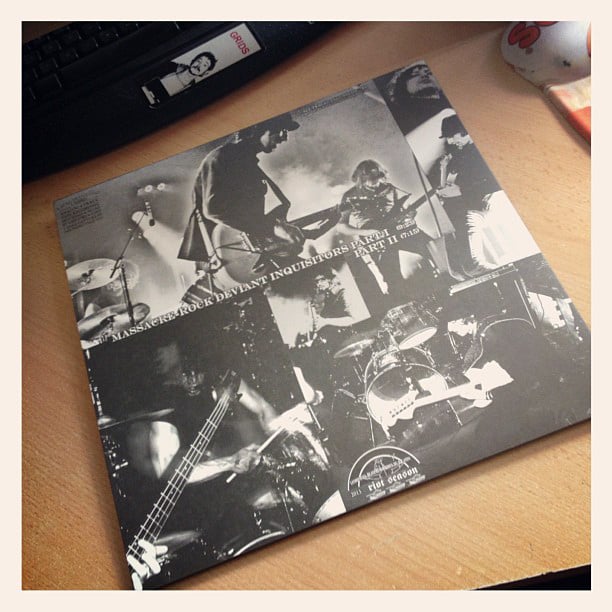 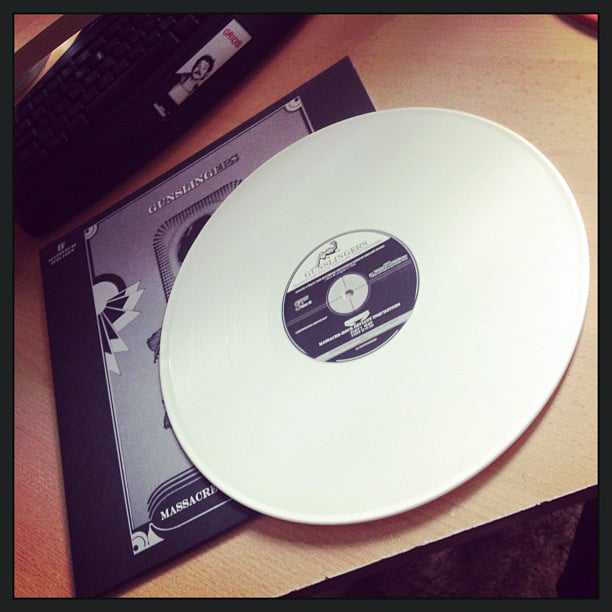 If you really ever fancied getting some true menacing power juice wherein nothing is to gaze at with hygienico-aseptic envy, it should be then heavily recommended that you experiment these Deviationist french 'garçons', supreme Heads Extraordinaires of San Pedro Ville and whose futuristic morality & vision led to the founding of the mysterious outfit GUNSLINGERS ** MASSACRE-ROCK DEVIANT INQUISITORS.

Nobody's ever really known about what has to be considered as the accurate band name—are both groups of words switchable or only one ?

Such sharp connection between the terms would indeed almost make us define the band as being such as to require battling with the fluids of naming mayhem by use of avant-garde non-sense with relentless precision.

Hey Slingers, come here a minute! make your way forward to have us now explore further into the insanity orbit of yours

GR's 6-string visionary electric monster is an insurgent bottomless creature whose arousing & provoking distorted deployment shoots at everything that DOESN'T move or doesn't get right into the accidental flow's subtlety ; then vertiginous riffage & master anti-riffage (laden with urgent electrifying fuzz-wha) merge savagely into one another : the kind of shamanic rapture that gets you triply high as Matthieu Canaguier's Thunderbass & Antoine Hadjioannou's Prophetic Beats expand massively into a psychotic fierce drive all the way, spreading pulsating emanations like scorching comets, and meeting in ethereal pathways with GR's venomous disenchanted-&-no-less-magnetizing voice which pours down arguments like swirls of traumatized sputum.

In one word, these Slingers serve you another authentically twisted self-confessed disaster, a 2-part fearsome exploration that will, once again, make your eyes bleed.