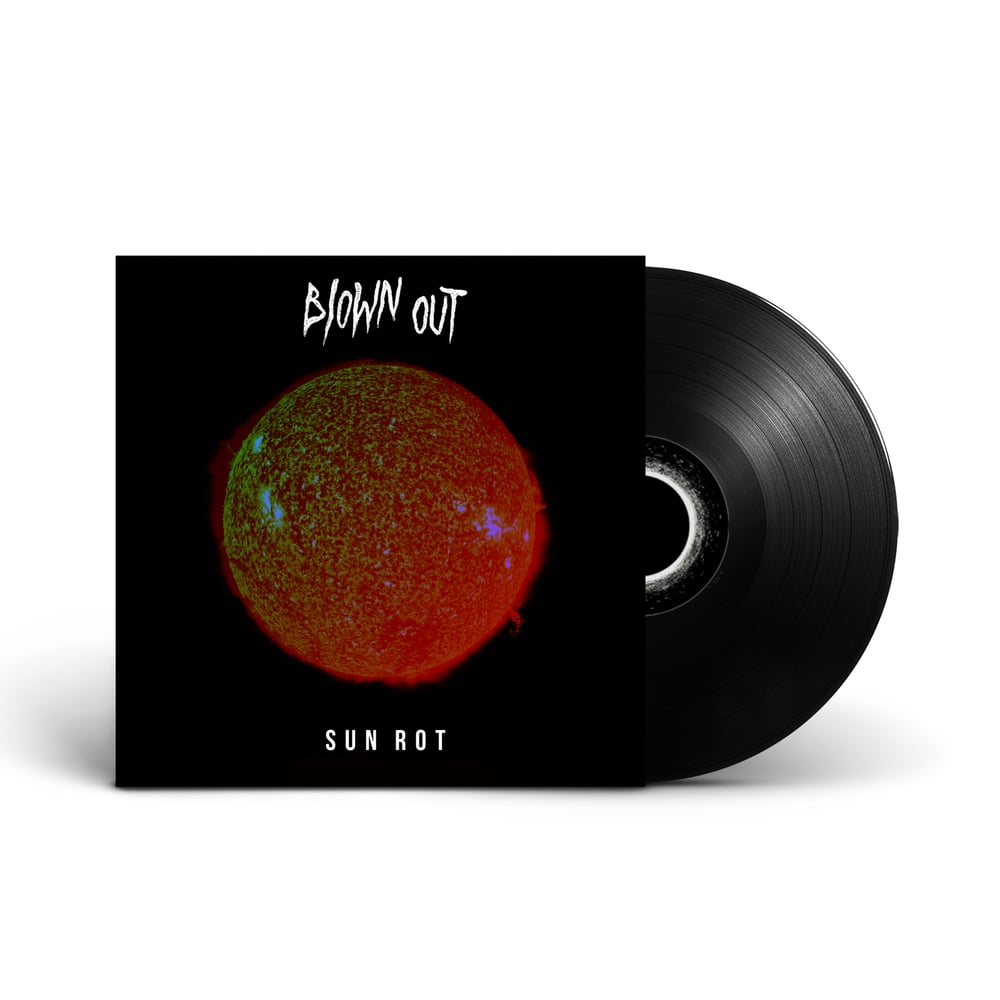 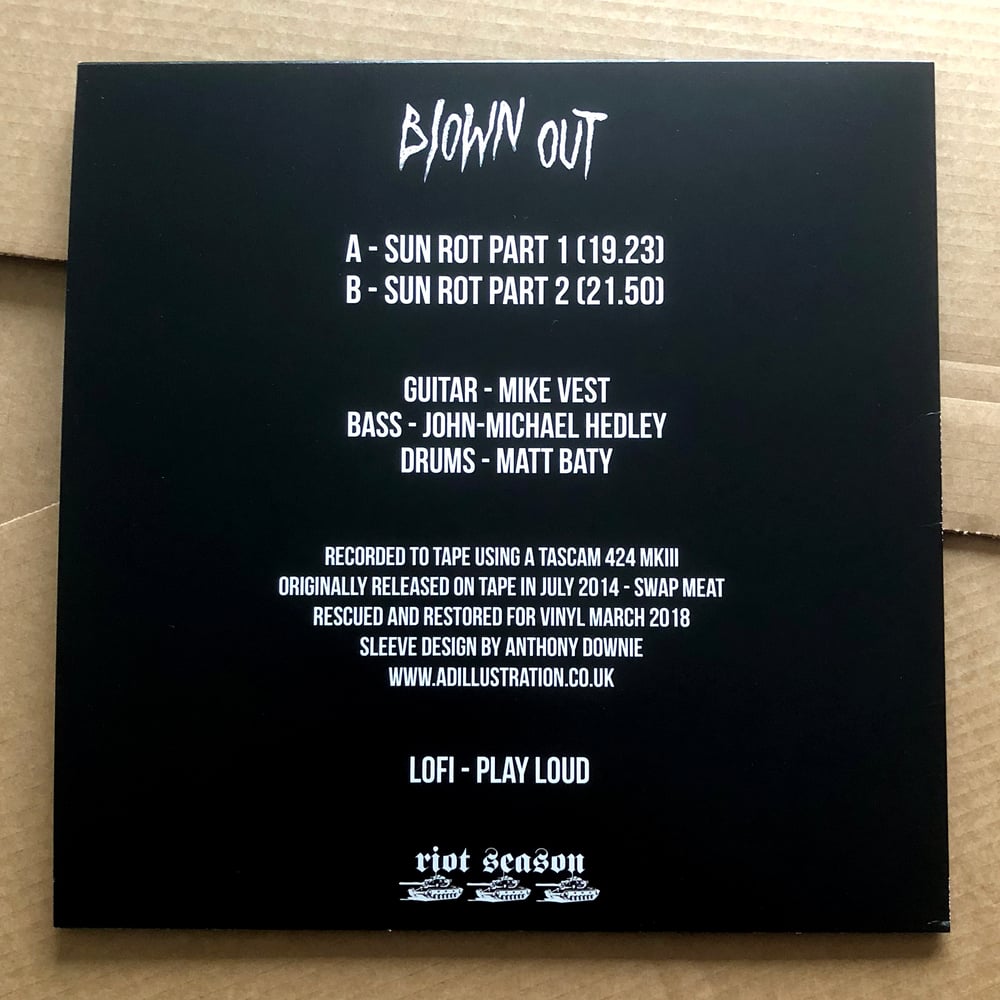 500 only space black vinyl LP housed in a 350gsm printed outer sleeve with black paper inner and download code. The audio has been tweaked very slightly (just to correct a few volume issues) from the original tapes for this vinyl edition, but still retains it's original lo-fi feel

July 2014 was my first encounter with BLOWN OUT label wise.

That's when sister label, Swap Meat Records put out the bands debut physical
release 'Sun Rot' as a limited run tape. That quickly sold out and two
furthers runs were made and also sold out.

So what better thing to do next than go back to where it all began and
release 'Sun Rot' on wax at long last. 'Sun Rot' was recorded to tape and
was very lo-fi in nature. We've rescued the original tapes and have tweaked
them for vinyl ever so slightly but it very much remains the lo-fi classic
it once was.

The artwork has been re imagined by the original cover artist, and long time Blown Out artwork collaborator Anthony Downie and it looks sweet.