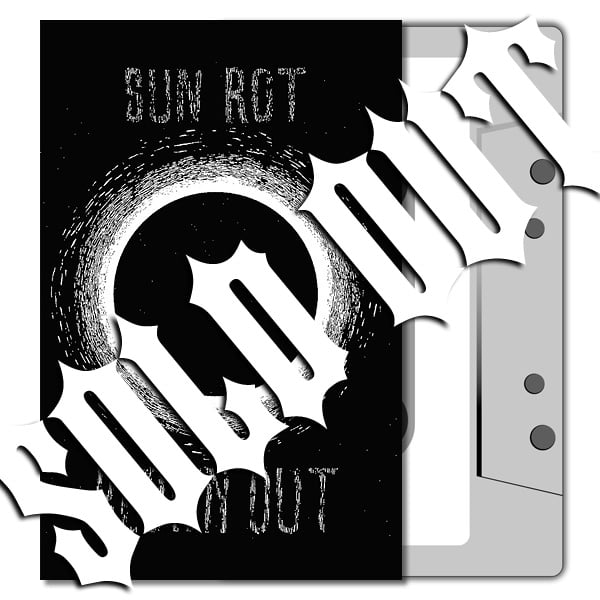 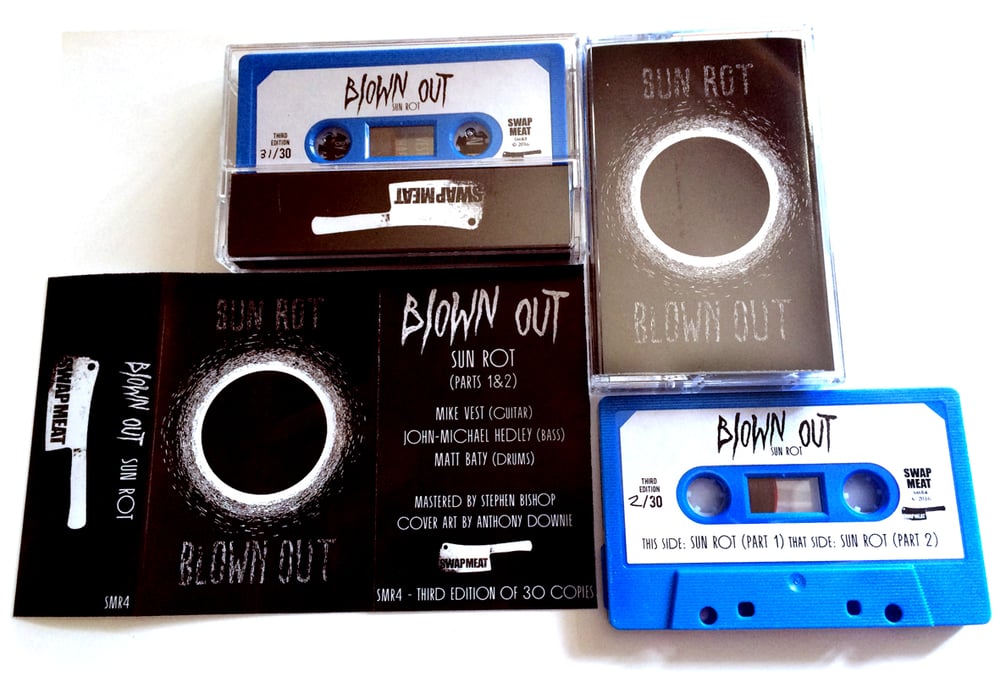 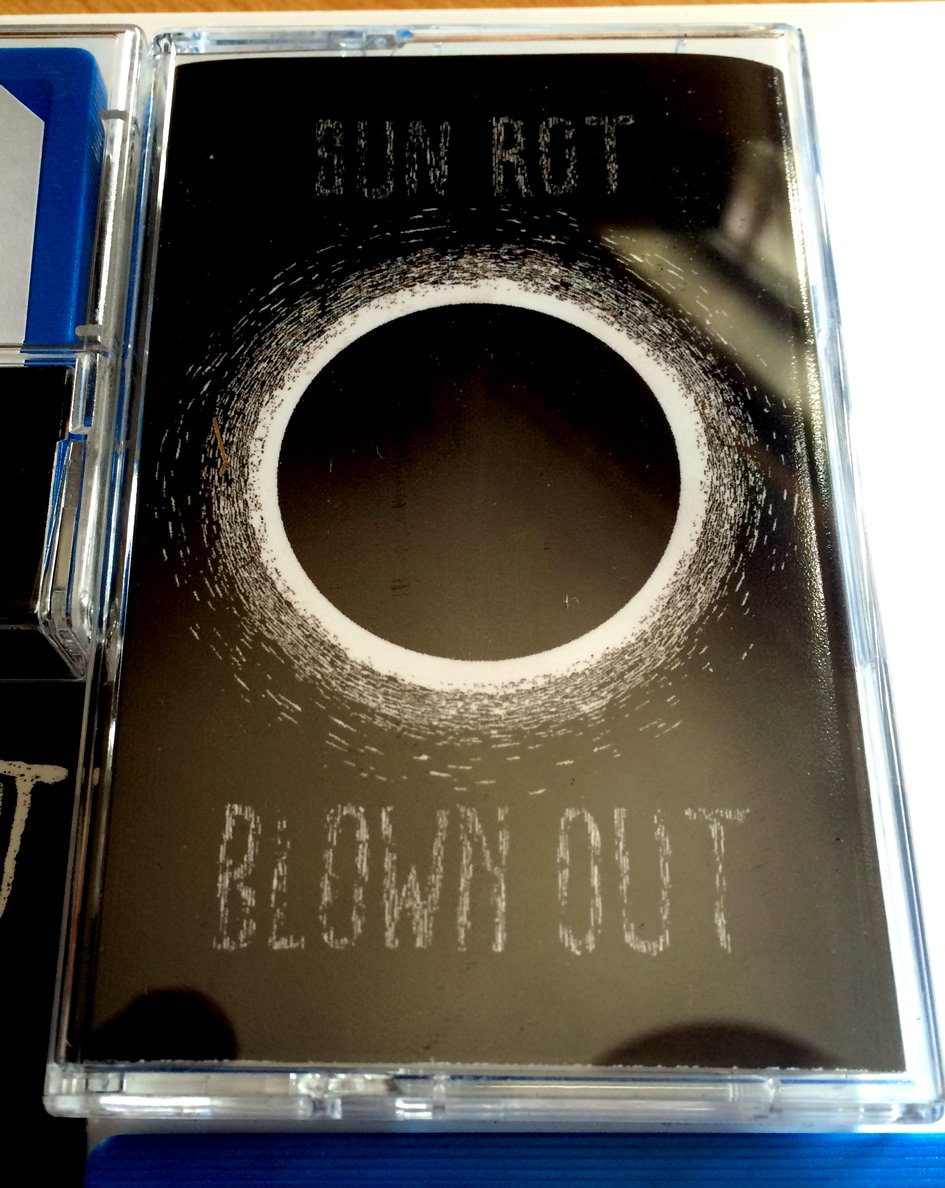 The cassette version of this release is now SOLD OUT

Ahead of their debut album proper, 'Drifting Way Out Between Suns' (which is due out on Riot Season later this summer), i'm honoured to be able to release Blown Out's Sun Rot, previously available as a download only via Box Records.

Cassette only edition of 50 numbered copies with download code. The first edition come with a plum/purple coloured tape shell * SOLD OUT *.

The second edition comes with military grey (the tape folks' description not mine!) tape shells * SOLD OUT *