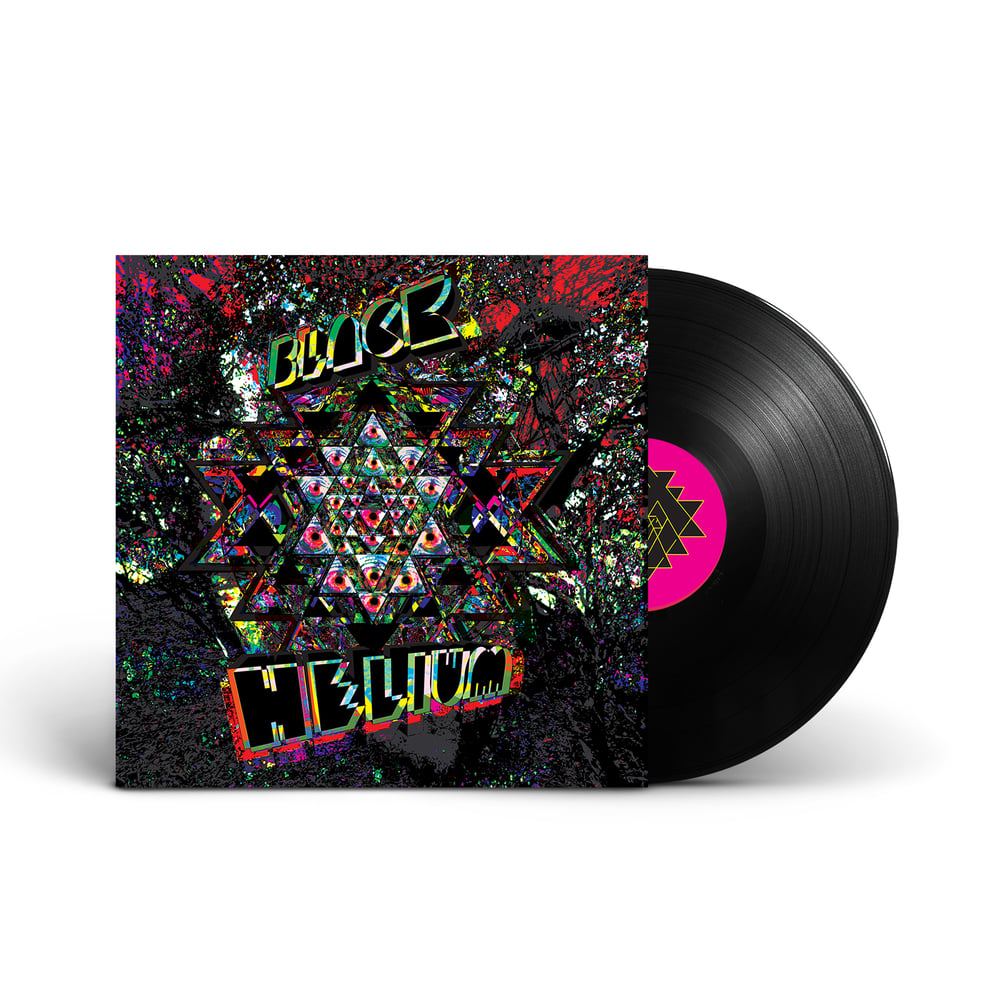 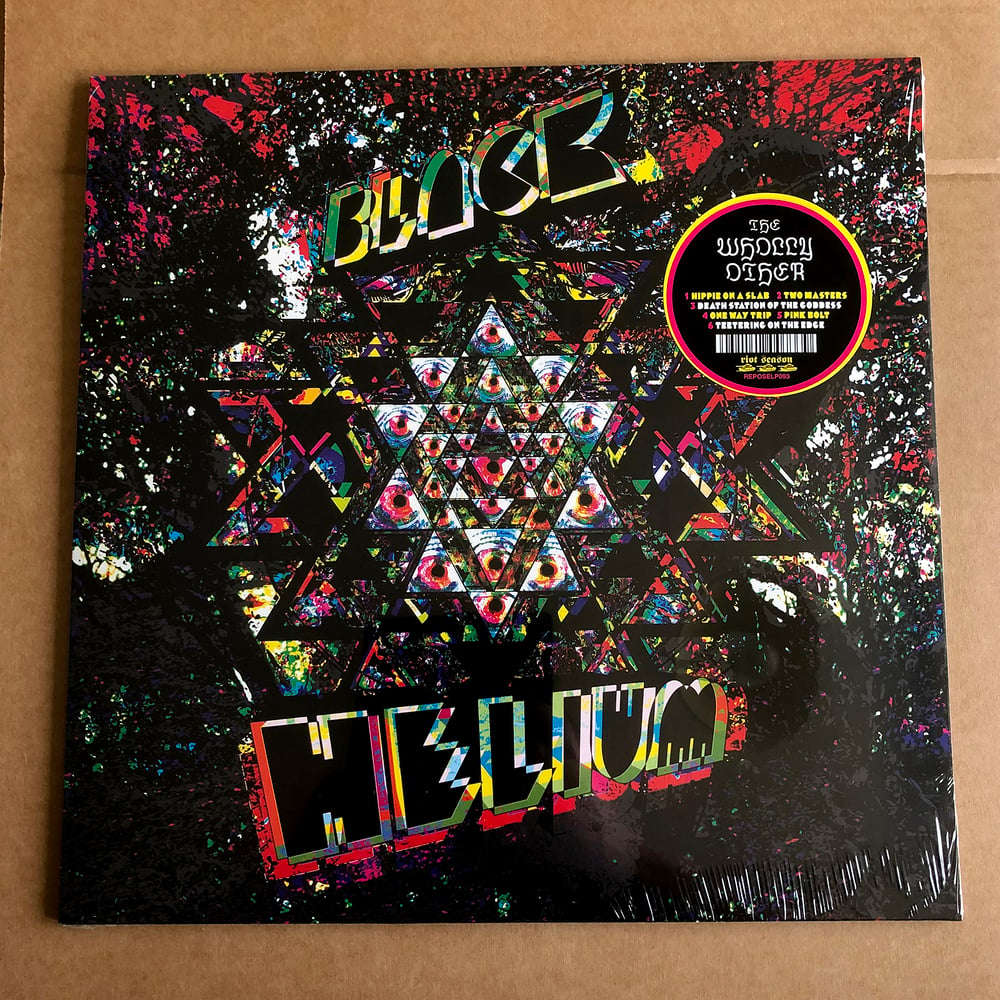 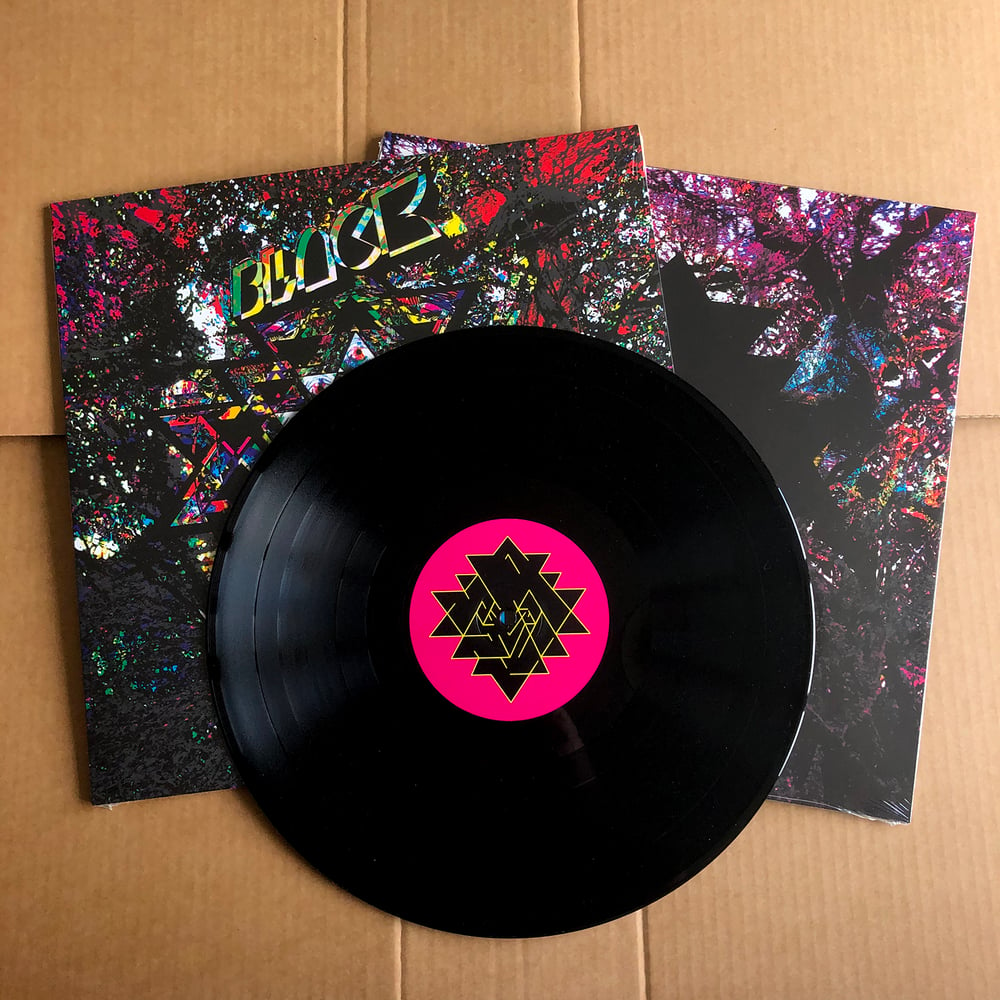 A1. Hippie On A Slab
A2. Two Masters
A3. Death Station Of The Goddess

Black Helium aim to deliver a lysergic heterogeneous sprawl on this, their second LP ‘The Wholly Other.’ From the blunt thunderous groove of ‘Hippie On A Slab’ to the narcotic tranquillity of ‘Teetering On The Edge’, via the hypnotic ascension of ‘Pink Bolt’. ‘The Wholly Other’ was recorded live over two loud, sweat drenched days in August 2019 by Wayne Adams at Bear Bites Horse Studio (Green Lung, 11PARANOIAS, Casual Nun), just before the band embarked on a UK tour with Pigs, Pigs, Pigs, Pigs, Pigs, Pigs, Pigs.

Black Helium are a four-piece psychedelic rock group, based in London. Never afraid to stray from the beaten path, they traverse aural hallucinatory soundscapes; from detuned Neanderthal rock to deep oceans of introspective blissed out psychedelia. Influences include, amongst many: Amon Duul II, Loop, Hawkwind, The Stooges, The Groundhogs, Spacemen 3 and Electric Wizard.