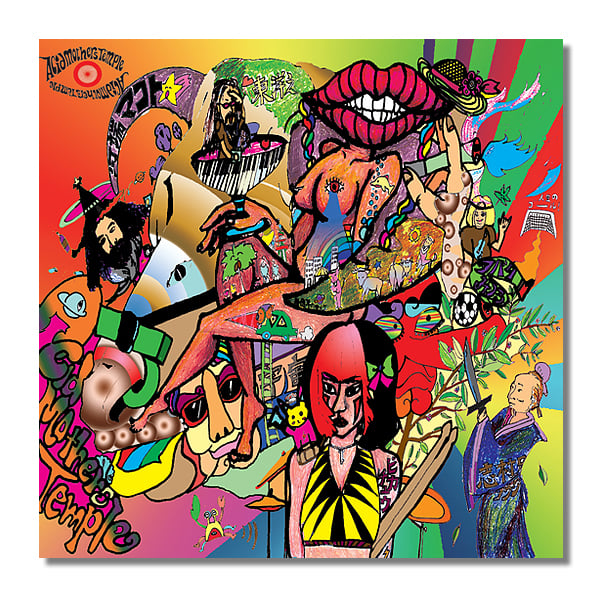 The first AMT&TCI studio recordings since the addition of Pikachu, drummer and vocalist with Osaka grenade-girl duo Afrirampo. The popular AMT standard "Pink Lady Lemonade" showcases a 21st century acid rock update on the 60s San Francisco psychedelic sound. On 'Pink Lady Lemonade - You're From Space', the Cosmic Inferno crew give PLL a new lease of life and reinvent it as a trippy/chilled out monster. As it rolls on, they sing - adding new riffs and taking it to the stars and back. It's like hearing it for the first time all over again.

This really could be AMT's first 'summer album'. Unlike previous Cosmic Inferno albums - this one doesn't reach in the red status often - its more out there, like they've gone back to their mountain retreat and taken too much mushroom tea perhaps. But when it does finally soar, Kawabata's guitar has never sounded so alive.